Which are you: Theory X or Y? 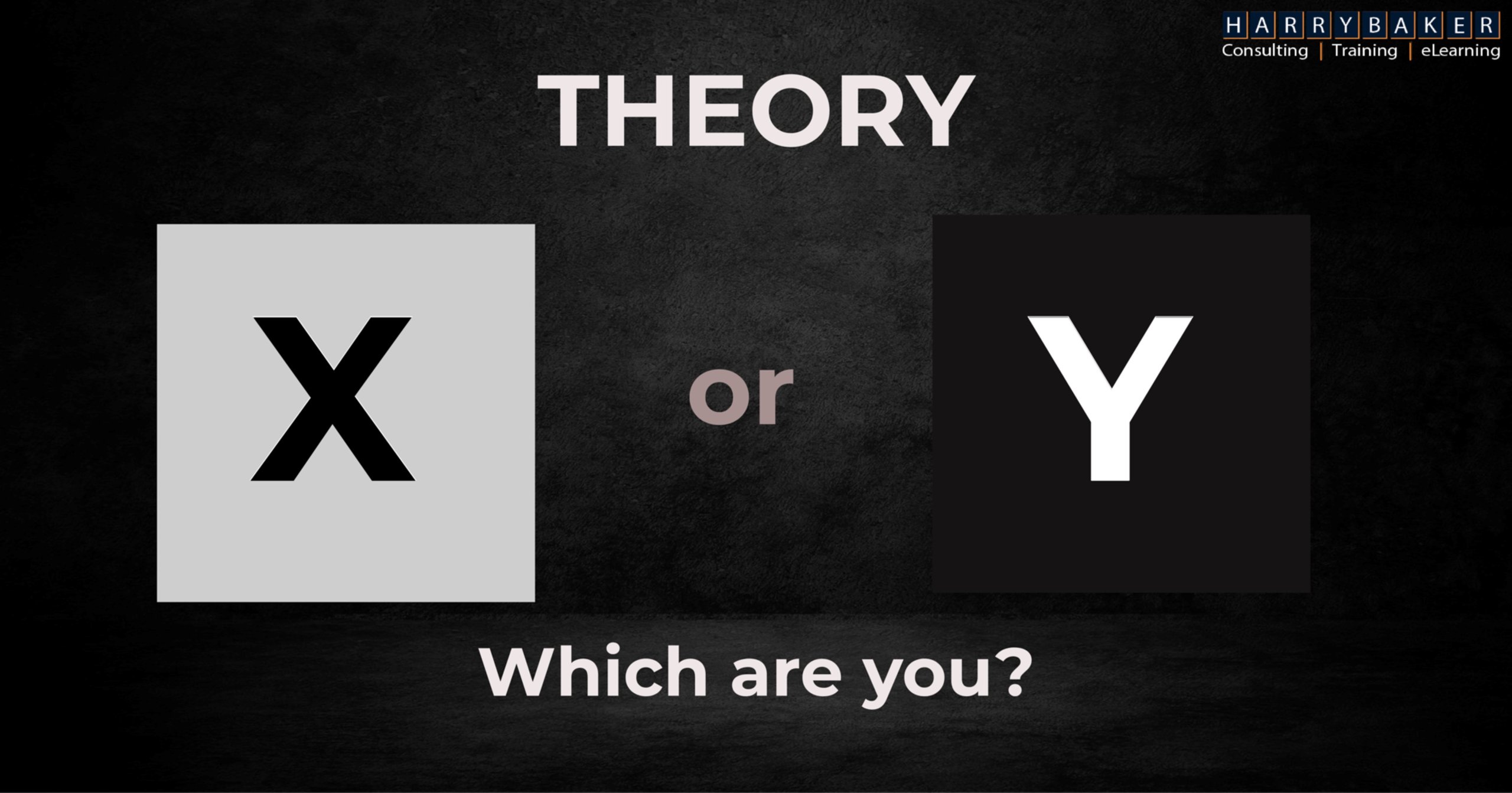 If your actions inspire others to dream more, learn more, do more and become more, you are a leader…John Quincy Adams.

Managing others starts with managing self. Managing and leading others is the ability to persuade, convince, influence or gain the commitment of others to get them to accept a point of view, adopt a specific direction, commit to an idea, or take a course of action.

Before managing others, it is important to recognize people’s motivation. People are motivated to fulfil different needs at different times of their lives. Abraham Maslow (1943, 1954) described human motivational and psychological needs in his infamous Maslow’s hierarchy of needs (Exhibit 1).

Exhibit 1: An illustration of Maslow’s hierarchy of needs, represented as a pyramid, with the more basic needs at the bottom. 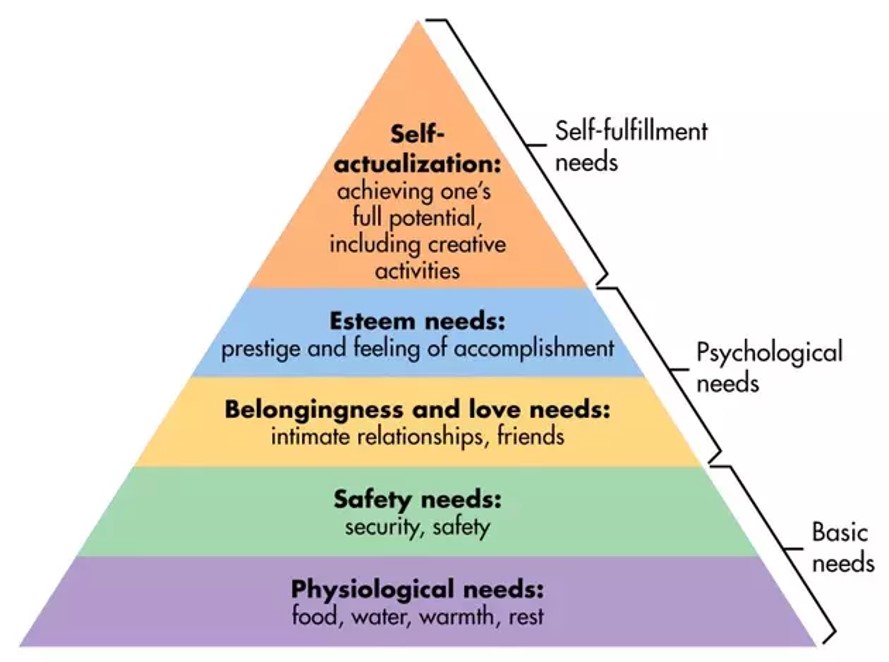 Douglas McGregor, a student of Abraham Maslow, contributed much to the development of motivational theory. He is best known for his Theory X and Theory Y which was presented in his book ‘The Human Side of Enterprise’. McGregor proposed that managers’ assumptions about human behavior determined how they manage employees.

Theory X is based on the assumption that employees only work for the money. It assumes that a typical employee has little assumption, shirks work, seeks security, and is individual-goal oriented. Generally, Theory X managers believe their employees are lazy, less intelligent and self-centered.

Theory X managers adopt rewards and punishments as motivation. They trace actions to the individual employee, and either reward or punish the individual, depending on the outcome of the action. This management approach is the management versus employee mindset. Managers see employees from one end of the spectrum; they see employees as people who should be controlled and constantly supervised.

Theory Y is based on the assumption that employees are happy to work on their own initiatives, enjoying taking ownership, and view work fulfilling and challenging. Unlike Theory X, Theory Y managers are optimistic, and they encourage a participatory and collaborative work environment.

Theory Y managers relate with employees at a personal level. They encourage open discussion and honest feedback from others. Unlike Theory X managers, Theory Y managers use appraisals to drive meaningful career conversations, which often leads to employee development programmes.

Below are some of the traits of a Theory Y manager:

Theory X and Y in the Workplace

In reality, most managers would likely use a mixture of Theory X and Theory Y. The success or failure of Theory X or Theory Y is largely dependent on the context, organizational management style and business objectives.

For instance, for new hires, some elements of the Theory X style of management may be more appropriate. Conversely, in managing a team of experts, the Theory Y style of management may be a better approach. Whilst these are simple and extreme cases, the truth is, the appropriate style to adopt depends on a number of factors, from the organizational perspective down to the team and individual levels.

It is worthy of mention that both Theory X and Theory Y have their strengths and shortcomings. For instance, due to the restriction and command-and-control nature of Theory X, employees may be forced to withdraw from work. Some will voluntarily bring their worst self to work and be uncooperative. The overall effect of this is a demotivated workforce with high staff turnover.

Conversely, giving people too much freedom also has its own effects. It may allow them to stray from their goals and objectives. Further, it may also encourage people to shirk responsibilities and be more relaxed.

Your assumption about what motivates people dictates the management style you adopt – whether Theory X or Theory Y. It is important to consider all factors before adopting any management style.

Exhibit 2: Differences between Theory X and Theory Y management styles (based on McGregor, 1975). 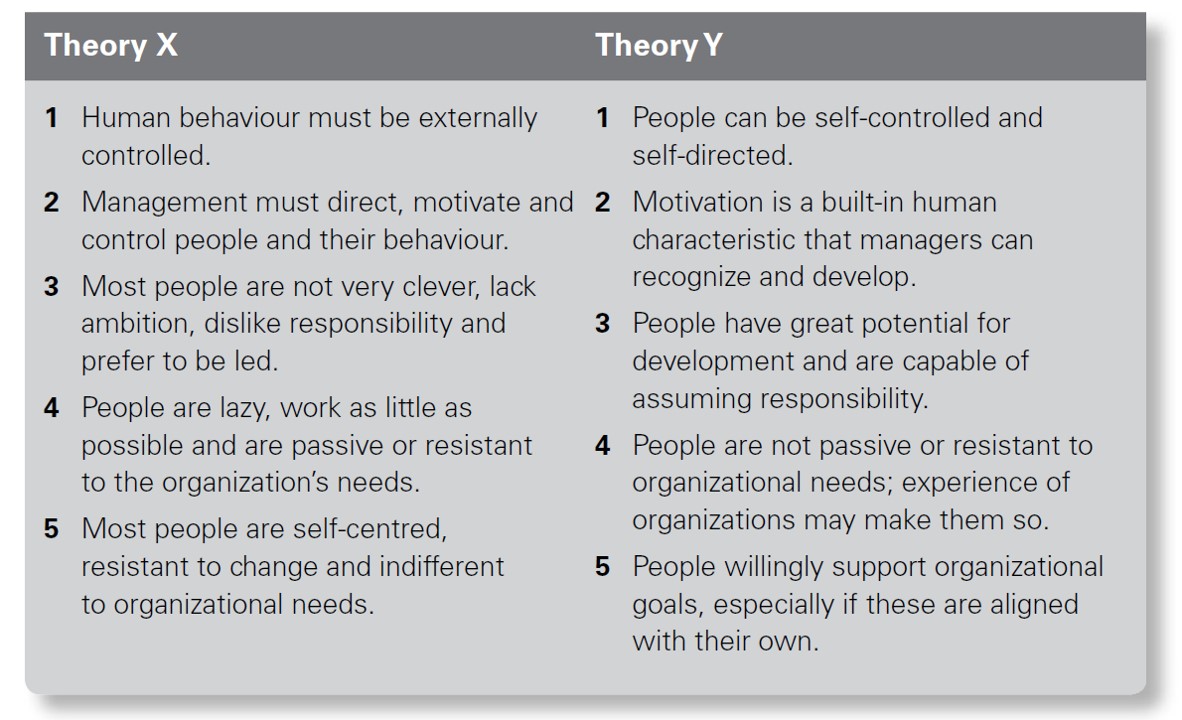 One way of looking at McGregor’s observations and conclusions is that, in general, people will tend to prove you right whichever view you hold. This is because people tend to behave according to the way they are treated, though in the long term theory Y assumptions seem to yield better results.

Although most business leaders will place themselves much closer to theory Y than theory X, it is critical to know that as humans, people deserve to be treated with respect, dignity, and honor, irrespective of our beliefs and perceptions about others.

Go beyond training, enable your workforce to apply the learning.